Agheal Abedzadeh Dec 13, 2018
Page history
This is an old version of this page. You can view the most recent version or browse the history. 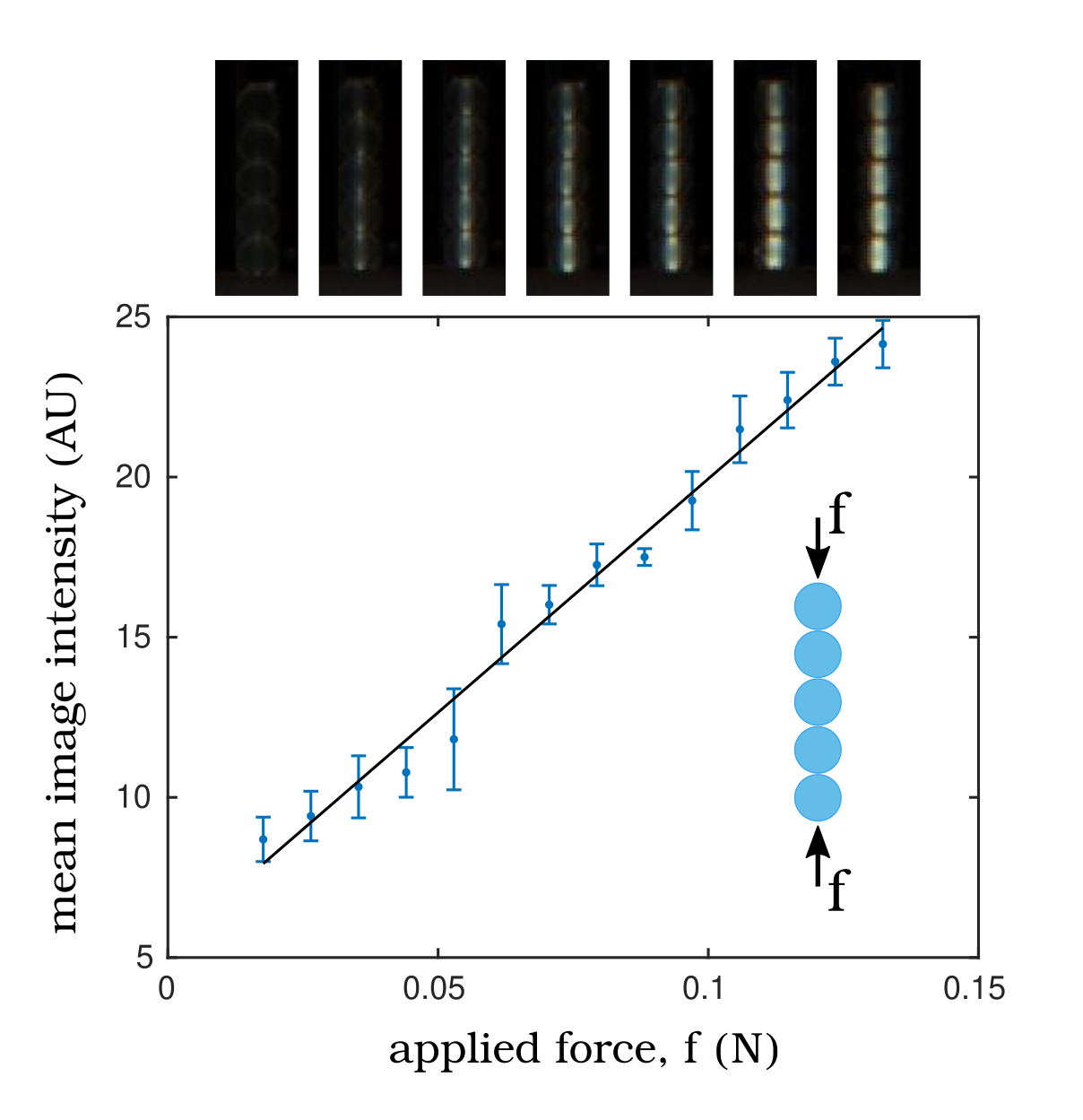 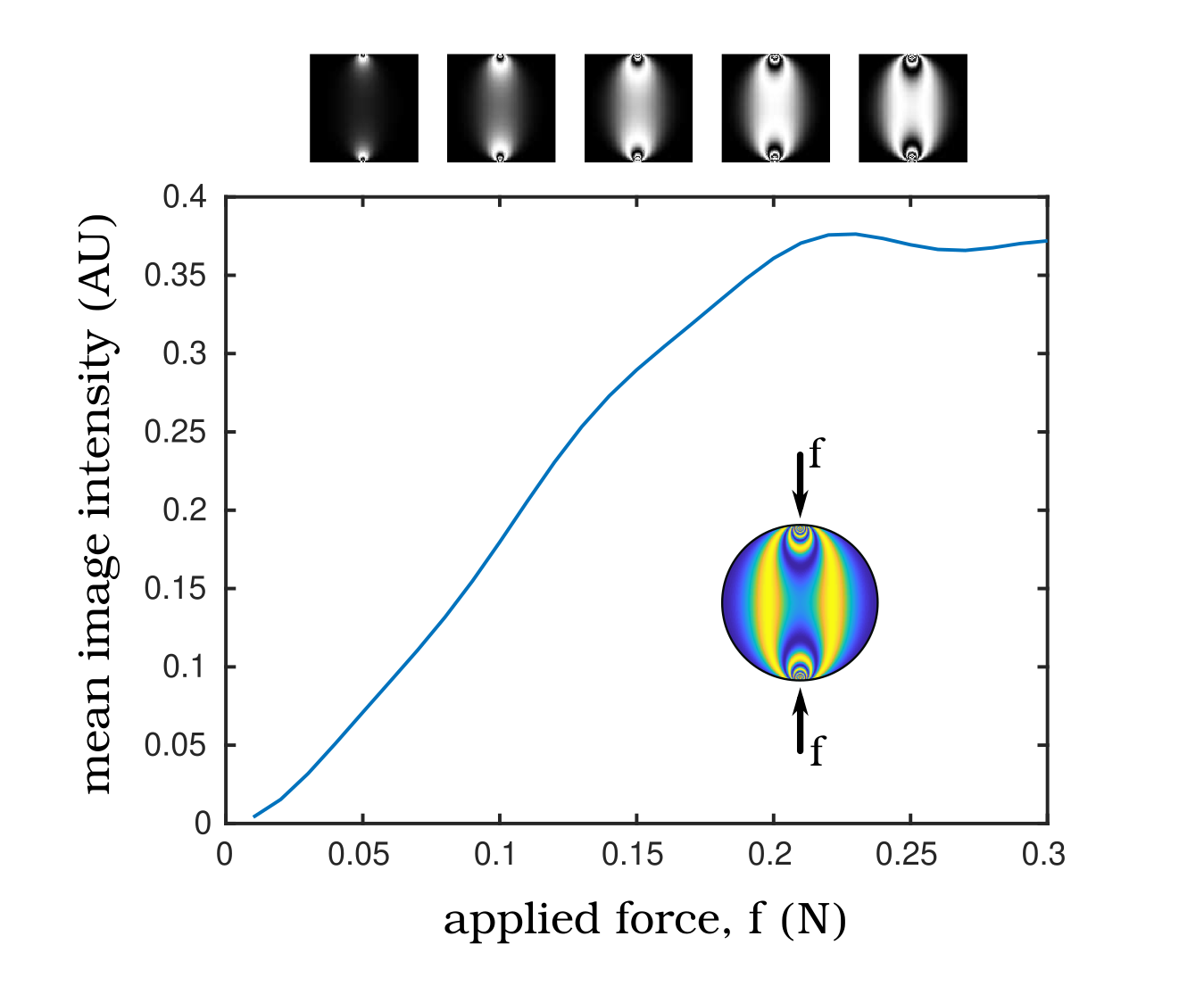 To relate intensity with local energy, we need to know scaling of the force with particle deformation. Figure below experimentally investigates this relation for the sample circular particles. The relation shows a great fit with Hertzian contact force, $f = k(\delta r)^{3/2}$, as expected in circular particles. Combining Hertzian force relation and the linear relation of force and mean image intensity for a single particle, we can deduce that