Same as other methods, the technique is based on birefringence properties of materials, where there exist several indexes of reflection, associated with the wave polarization direction. Birefringes reveal when the material is subject to anisotropic stress. In other words, the refractive index depends on the eigenvalues of local stress tensor. In this method the light passes through the particles and is recorded on the other side to see birefringes. This method has been utilized in experiments for several decade.

Photo-elasticity is best observed using circularly polarized light. Circularly polarized light is a composition of two orthogonal linearly polarized waves with a quarter-wave phase shift. As shown in the figure below, this polarization can be obtained by passing unpolarized light through a specific combination of linear polarizer and quarter-wave plate. On the other side, covering the camera, sits another circular polarizer with opposite polarity, which blocks the unperturbed light. If there exists a photo-elastic material in between under anisotropic stress, the wave components, polarized in the principle directions of local stress tensor, travel with different speeds. This speed difference results in phase shifts in the components of the wave and changes circularly polarized light into elliptical one. The part of the wave subject to this change is passed through the second circular polarizer and is recorded by the camera.

For detailed wave equations look at this section. 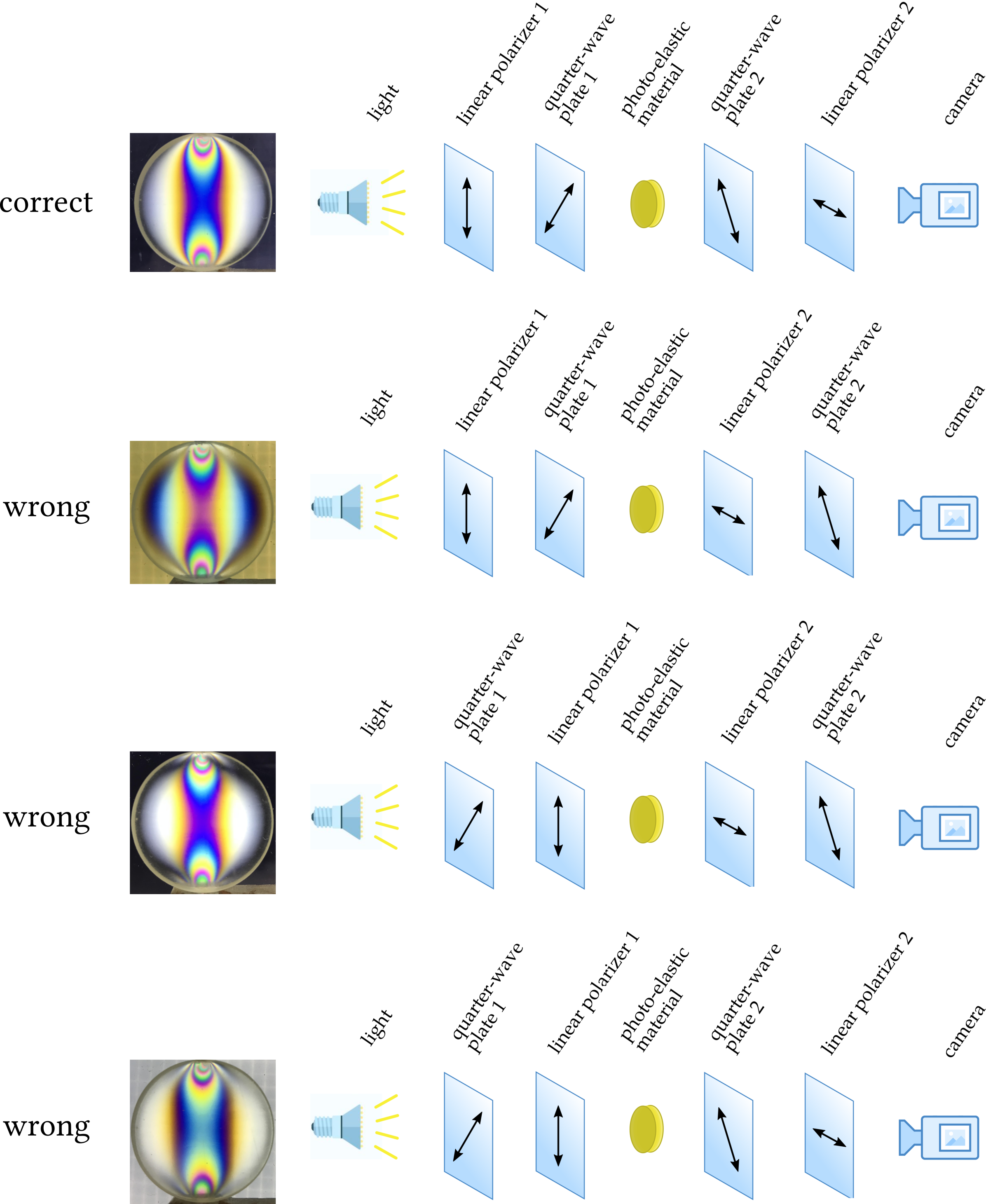