1.1. Best wavelength for a particular polariscope?

Monochromatic light works best for the photoelastic fringes detection. If a white light is used, the photoelastic fringes from different wavelengths will overlap with each other. A typical photoelastic image taken for a diametrically loaded disc under white light (mercury-vapor light) is shown in the left figure below. (taken from J. W. Phillips) In principle a good light filter can isolate the fringes formed by a monochromatic light for further analysis, even if the light source was white. The right image shows the same disc under same loading and light condition but with a Tiffen #58 dark green filter placed on the camera lens, (taken from J. W. Phillips) showing monochromatic fringes. However, just using the green channel from the first RGB image can not give a clear pattern as the right figure, because the channel of DSLR camera has a wide selection range (typically ~100 nm, see K. E. Daniels et al.), creating error for stress analysis. So if no good filter was available, monochromatic light source is preferred for quantitative analysis. 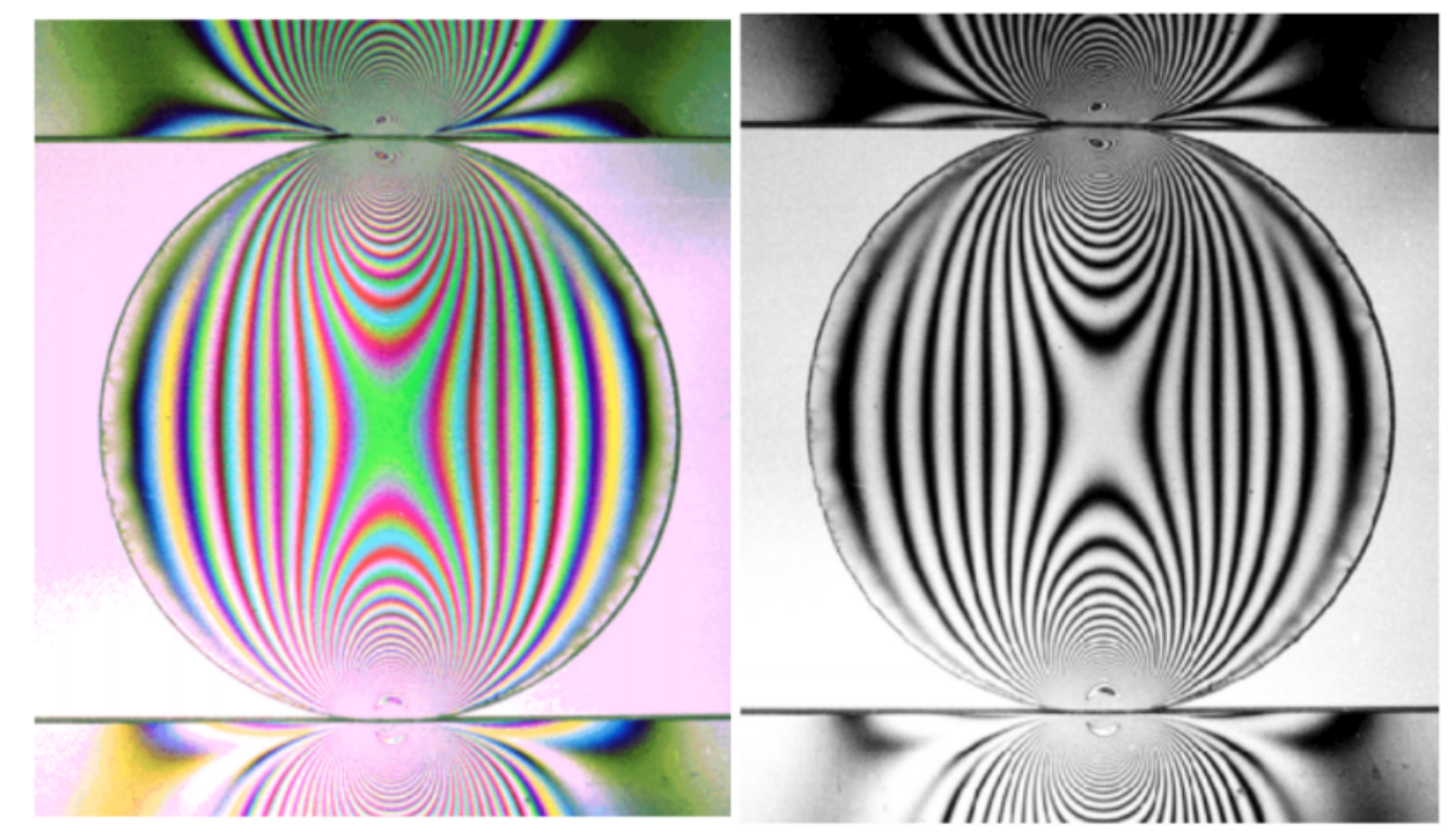 There are two choices to record a image for position detection, where no photoelastic fringe should be visible.

The rotation of the discs can be tracked by drawing a ultra-violet(UV) sensitive bar on them. Tracking the rotation of the bars is equal to tracking the rotation of the particles. Those labels are only visible under UV light so they will not interference with the photoelastic fringes. The right figure below shows an image taken under UV light that shows all the UV bars on them. (from J. Ren et al.) The UV bars are plotted using MAR-C0 Invisible Blue UV Pen from Risk Reactor (left figure, mre details here). UV labels can also be used to help finding the center of non-spherical particles, where Hough transformation for particle boundary detection does not work.